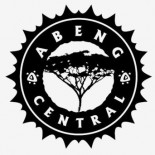 Roy Anderson and his wife, Alison, reviewing video while on location in Ghana.

As far back as Roy Anderson can remember his family in Jamaica has always spoken proudly of their Maroon heritage. The Maroons were former slaves who escaped the plantations to form communities in some of the most inhospitable regions of the island. They had famous leaders like Cudjoe and Nanny. The latter in fact was immortalized as a national hero of Jamaica in 1975. In recent years as Roy began to search out his roots, his curiosity has been seized by a new found pride. And so he has decided that the story of his ancestors and their ties to these legendary Maroons must be told.

Akwantu: The Journey is a 90 minute documentary by director Roy Anderson, who is also a veteran Hollywood stuntman, stunt coordinator, and second unit director and close friend to many of us here at SONAHHR FILM. Shot in Jamaica, Ghana, Canada and United States over the course of two years, the film skillfully combine photographs, related documents, and interviews with various family members, scholars and Maroon officials with archival and present day footage to tell the story of a proud people whose ancestors were pioneers in the quest for freedom from slavery.

Although there is some dispute as to the origin of the word Maroon, most historians agree that it derived from the Spanish word “cimarron” meaning wild and untamed, generally referring to animals such as cows and horses that have gone astray. Beginning around the middle of the eighteen century escaped African slaves and their descendants were generally referred to as Maroons, with all its derogatory implications comparing these courageous Africans to animals gone wild. These were in fact determined former slaves who refused to remain in bondage, instead escaping to the hills in search of a new and uncertain life. 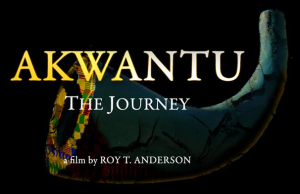 What follows is the legend of the “fighting” maroons. Outgunned, outmanned and possessing limited resources, this group of so called wild savages, stood toe to toe with the mightiest super power of the era – the British, and negotiated for their freedom – almost a full century before the abolition of slavery in the British colonies in 1834. How was this possible? The Maroons were able to perfect a method of combat known as guerilla warfare that was totally foreign to the British, who were accustomed to engaging their enemies in pitched battles. Under the capable leadership of Captain Cudjoe, Grandy Nanny and others, the Maroons used their knowledge of the rugged, hilly terrain to their advantage. The British forces suffered heavy casualties in the many ambushes set up by the Maroons, who sometimes blended in with their surroundings camouflaged as trees and bushes. The hostilities which lasted intermittently for more than eighty years, culminated in the signing of two peace treaties between the British and Maroon forces in 1739.

As a result of these treaties, several Maroon villages were established in Jamaica shortly thereafter. One of them, Accompong, became home to several hundred former African slaves and their descendants. This town situated in the parish of St. Elizabeth in the rugged, hilly terrain known as “Cockpit Country” is where Anderson has proudly traced his Jamaican ancestry. Further investigations revealed that the founding fathers of Accompong consisted of ethnic groups from the Gold Coast (modern Ghana) and the Congolese (of present day Cameroon). Today, Accompong and the other Jamaican Maroon villages of Scotts Hall, Charles Town and Moore Town, provide us with a living reminder of a proud people whose ancestors succeeded against all odds in their struggle to remain free.

Jamaican-born director Roy Anderson observes, “What started out as a simple family search just really took on a life of its own as I began to learn more about my ancestors. There were days during my research when I was simply not able to contain my pride when I uncovered new found information. My wife and my research mates at the local family history center will tell you. I became even more driven to reconstruct my family history. What a great journey”

For more information on the documentary, go to: http://www.facebook.com/AkwantuTheJourney

For original report, go to http://boxscorenews.com/akwantu-the-journey-p111-236.htm

Roy T. Anderson and his maroon film project are also featured in the following article in Amsterdam News: http://www.amsterdamnews.com/arts_and_entertainment/article_7586d7bc-c36a-11e0-b1c7-001cc4c03286.html

3 comments on “Akwantu: The Journey”